Case in Point: four unique destinations on these beaches that show a rougher side than mere sandy beach, but with some eye-opening aspects and hidden layers behind and beneath. 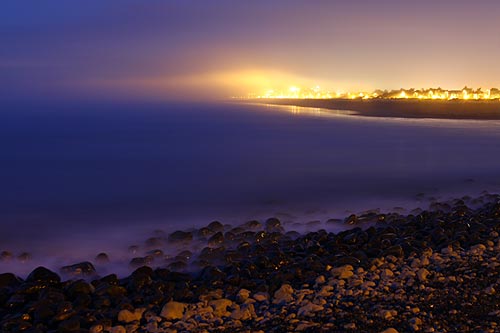 The Corner of Seaside. At the southern end of this north Oregon coast town, the beaches get less populated – except by rocks. It’s called the “Cove” here, where larger cobblestones begin to cover the sand and the beach gets a little rougher until it becomes piles of rocks.

In fact, this is much like what Seaside used to be like: see the historical photographs before the 1920s. Presently, it’s covered only with sand and dunes to the north. The face of the beach was changed by the construction of the jetties at Astoria to the north, which altered the tidal action in the area and thus the distribution of sand. Now, the southern end is a bit like walking into the town’s past.

If you continue heading south, you’ll run into the “Cove” – up against the bottom of Tillamook Head. It was somewhere on this north face that part of Lewis and Clark’s troupe climbed to get to what is now Cannon Beach.

Even curiouser: most of the Cove did not exist before the ‘80s. Hotels in Seaside – Where to eat – Seaside Maps and Virtual Tours

Cape Arago. The southern Oregon coast is simply chock full of astounding rock structures, but one headland – quite literally – stands out. This enormous state park may sit at the end of the Cape Arago Highway near Coos Bay, but it is its own sizable chunk of coastline. It stretches from Shore Acres State Park all the way down to the actual cape itself, encompassing one pocket cove or large beach after another, along with miles and miles of rugged trails.

Among the highlights is the Simpson Reef Overlook, where you can peer down at truly wild wildlife from a safe distance, checking out all manner of pinniped or another (seals and sea lions), or simply gawk at the myriad of textures and details of the pointy or craggy rocks.

At the main section of Cape Arago State Park itself, “vastness” is the keyword here. Practically everywhere you look is, well, a view to everywhere else. It’s a non-stop panorama of oceanscape and intensely-layered rock structures. An even crazier tale resides in the geology of the place: a series of things folding over and rising and lowering for millions of years. 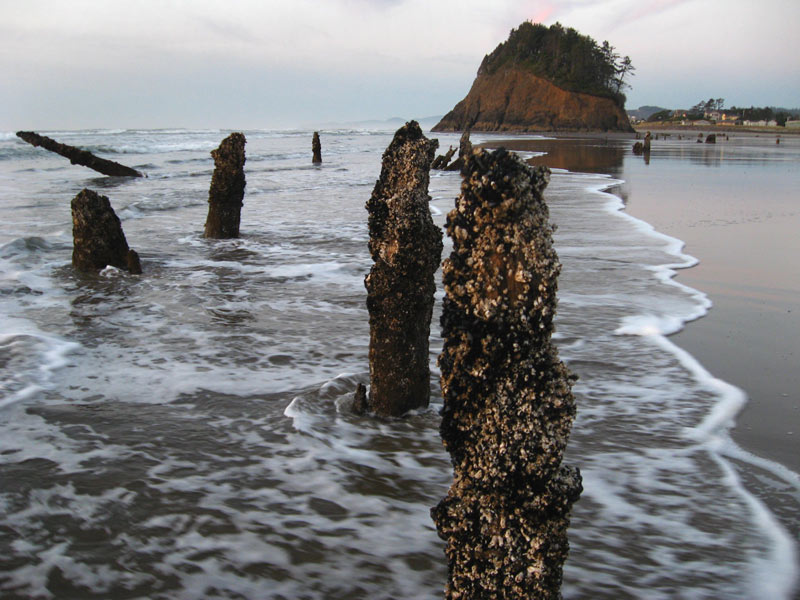 Neskowin. A wee bit south of Pacific City, Neskowin is the quiet little resort that’s constantly threatening to explode into something much bigger. But it gladly never does.

Instead, it’s still the tiny place with a big beach, where you can definitely find loads of people milling about. However, cross that sometimes-difficult creek, walk towards mysterious Proposal Rock, and the population density gets less. You can actually walk around on top of the rock and check out the views from the top (although be extremely cautious of the tide so as not to get stuck.)

Walk further beyond the rock and you’ll definitely be more alone. Along the way, note the stumps at the tideline, with nearly 2,000-year-old remnants of something truly odd and remarkable. They’re called Ghost Forests, and they’re stumps from a stand of trees that got slowly buried by a change in landscape and then, paradoxically, preserved by the very process that killed them. It’s not – as many other writers will tell you – the result of a massive quake. It was a slow process – see the real story on the origin of Neskowin’s ghost forests. —- Hotels in Lincoln City-Neskowin – Where to eat – Lincoln City Maps and Virtual Tours 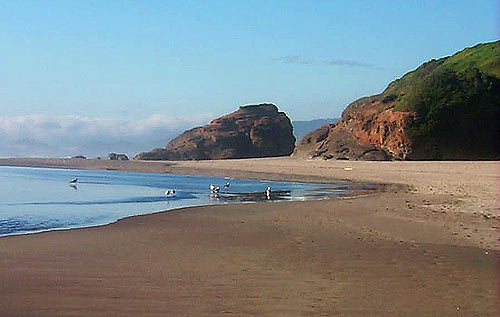 Winema Beach. It’s hard to get more hidden than Winema Beach– and it’s a stone’s throw from Neskowin. Just a few miles north of there sits an unassuming sign that declares Winema Road. Follow that to the bottom and a tract of sandy beach that nearly no one knows about. There’s another blob of a rock structure that looks a bit like Neskowin’s Proposal Rock to the north, which features a flat stretch at the top that’s perfect for lounging.

Other interesting shapes and crevices present themselves as you walk northward. Some spots in the cliffs seem to invite climbing and exploring. And there’s more than one hole in the rocks to huddle from the wind and cuddle a bit.

The cliffs soar high and become a striking gold, with some awe-inspiring homes up top. After about a mile or so, the beach ends abruptly at the southern end of Nestucca Bay, allowing you an unusual glimpse of the area. Hotels in Lincoln City-Neskowin – Where to eat – Lincoln City Maps and Virtual Tours